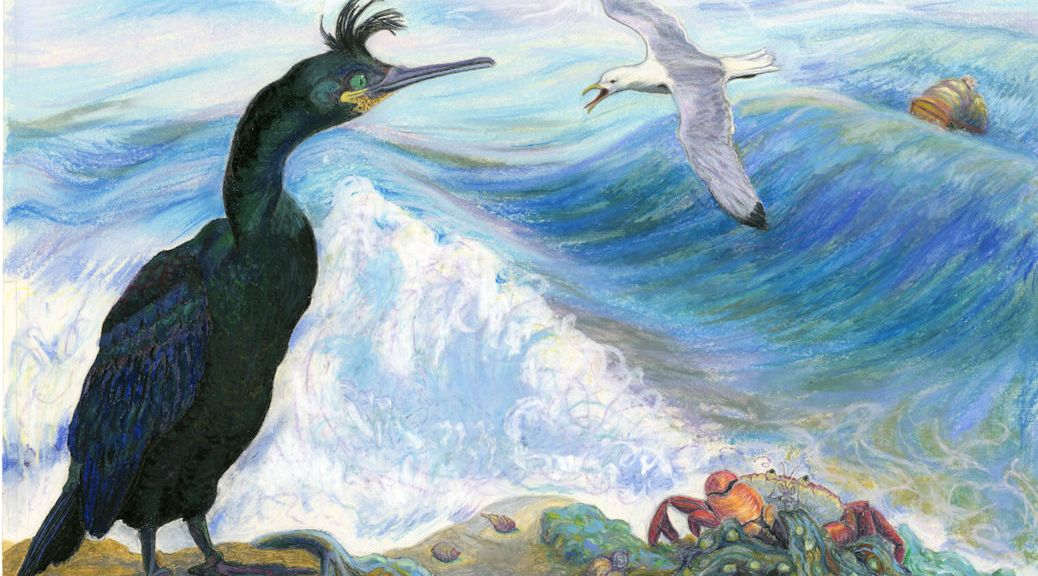 It is the running line of life that interests me. The lift of a wing, tilt of a head, glitter in the eye. Entrancing as this is, it is not for its own sake that I draw this way. A living line tells a story. So I draw real life adventures, although they may be imaginary. 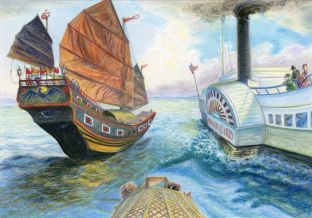 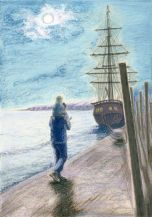 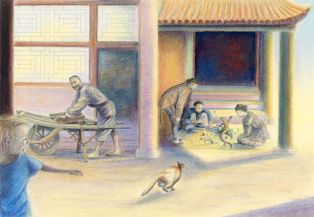 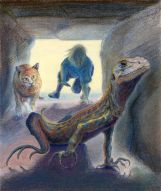 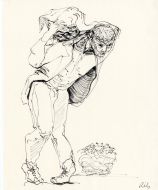 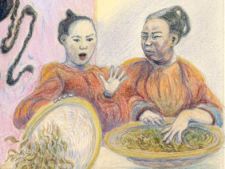 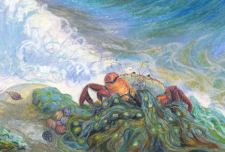 The Rescue is a story for 3 year olds, about a three year old who is washed overboard from a ship. He was tied to a trunk. This is not as odd as you might think; all small children at sea were tied to trunks or bunks in storms in the 19th century.

The Boatman’s Knot is about the same boy, a little older.  Bored with listening to his Captain trading tea, he becomes lost in the back streets of Guangzhou. I really wanted to know what Guangzhou looked like in 1870, and came across the stunning photographs of John Thomson who travelled across South China in the late 1860s. My illustrations grew from a mix of these photos, oil paintings and written accounts of the time. 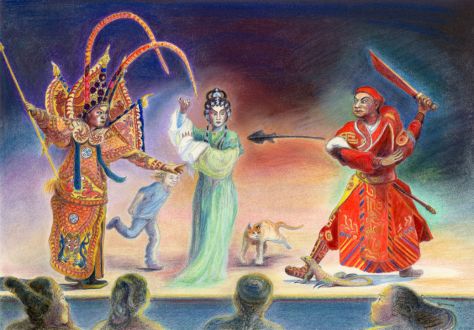 You can see Thomson’s photos in the Wellcome Collection, London. 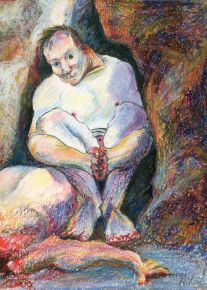 Italo Calvino’s WWII At the end of the war, Calvino wrote a collection of neo-realist short stories. He said that he did not have to make anything up as then everyone had an extraordinary story to tell. But Calvino has an ear for the rhythm of a tale, and an eye for the fantastic so that his stories of ordinary people trying to survive, have both a heroic quality and a precise psychology.